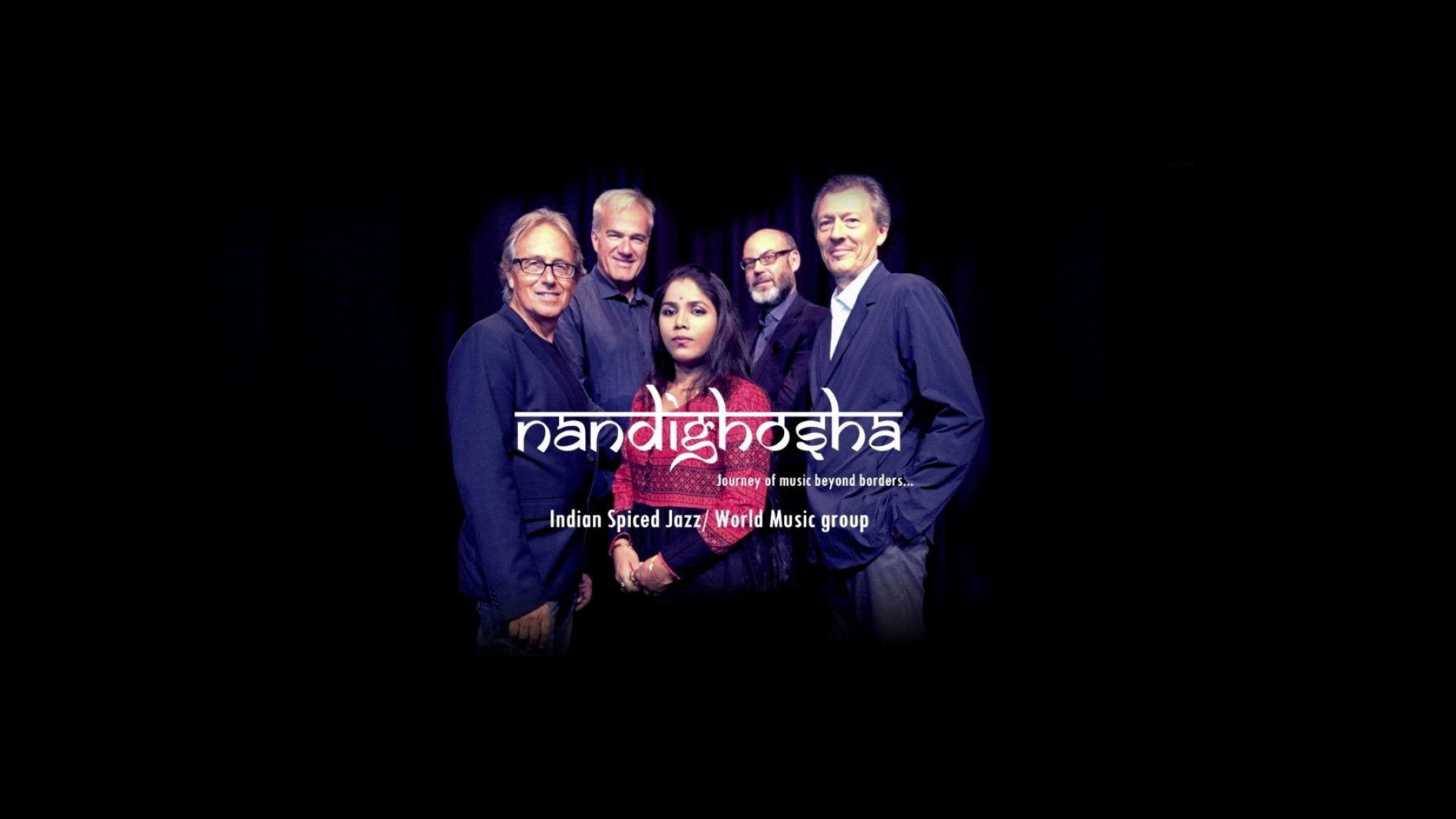 END_OF_DOCUMENT_TOKEN_TO_BE_REPLACED

NANDIGHOSHA is a Swiss based Indian Spiced Jazz and World Music Group founded by Hindustani classical vocalist, song writer and composer Bijayashree Samal; Bruno Steffen, a well- known Jazz pianist, composer, arranger and music teacher of Conservatory of Zurich (MKZ) and at the ZHdK; and Ekkehard Sassenhausen, well known classical and Jazz saxophonist, composer, teacher and principal of Musikschule Uster Greifensee, Switzerland.
The name ‘NANDIGHOSHA’ means ‘Joy of Music’ rightly signifying the group’s interest and effort to produce and create music for the global audience meaning audience beyond borders by combining different world music genres. The name has also connection with Bijayashree’s native place Odisha, one of the eastern states of India, where people worship Lord Jagannath of Puri and his chariot name is Nandighosha. Bijayashree believes the annual festival, Ratha Jatra in Puri in which the deities come out of their temple so that everybody across the world beyond cast, creed and religion can see them is a festival signifying universal brotherhood, unity & integrity through embracing humanity and love beyond everything else.

Currently, NANDIGHOSHA Group is working on Indian compositions (involving originals as well as traditional) in connection with western harmonic music to infuse colors of jazz music on Indian melodies and vice-versa

For concerts, workshops or collaborations, Please write to:

Released world wide by Unit Records, Switzerland in 6th Dec 2019, ‘TARANA’ is the the debut CD/music album of Nandighosha group containing a total of nine magnificent original scores. Each of these nine tracks is based on one or several Indian traditional Ragas and arranged with the colors of Jazz. Since its release it is getting rave reviews from the listeners and has been featured in acclaimed magazines.